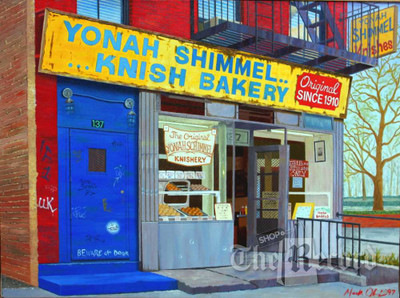 "This world-famous knish bakery opened in 1910," artist Mark Oberndorf says, "and continues to operate at this same spot."