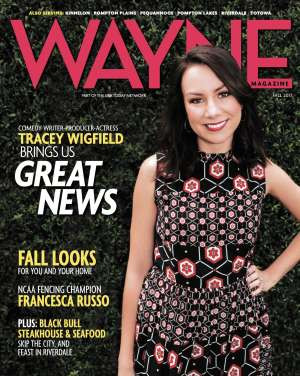 EVERYTHING OLD CAN LOOK NEW AGAIN: With the right design, a suit of armor can work in a contemporary setting

On the cover: Wayne native Tracey Wigfield won a Primetime Emmy Award for her work on 30 Rock. Her new show, Great News, returns for a second season on NBC. Photo courtesy of Vans Vestal Ward/NBCUNIVERSAL