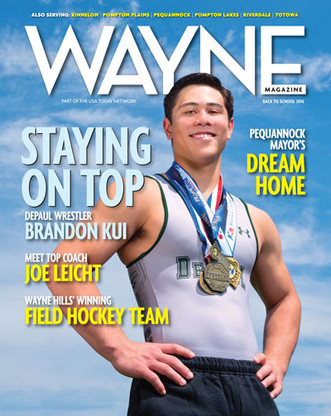 Casa Kohle: Pequannock Township Mayor David Kohle made his dream home in the town he grew up in and now serves.

Master of the Mat: DePaul Catholic High School’s Brandon Kui is a strategic wrestler who won the state wrestling title with his dominating defense.

On the Cover: Brandon Kui of DePaul Catholic High School shines in the school's wrestling program. Photographed by Anne-Marie Caruso for Wayne Magazine