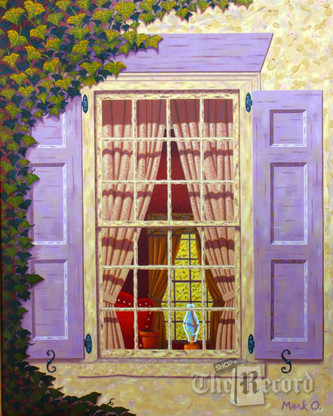 "The owner of this historic home has recently passed away, so I have no idea if this house will be saved from the wrecking ball," artist Mark Oberndorf says. "I have a strong feeling that it will be demolished and lost forever."