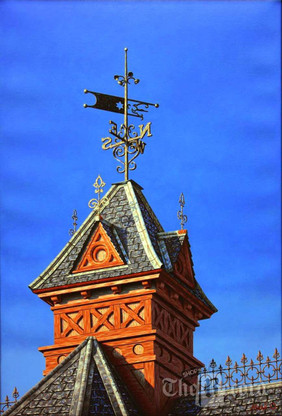 "This gothic-style station was built in 1872, and closed in 1966," artist Mark Oberndorf says. "The architect was D.T. Atwood. This station was added to the National Register of Historic Places on Jan. 25, 1979."