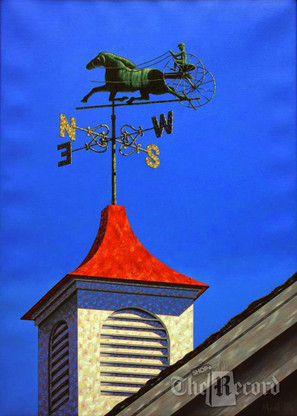 "Established in 1981, the Inn is part of the William Packard Estate now called Barnstable Court," artist Mark Oberndorf says. "Built in 1840, this building was operating a sawmill and basket-weaving factory."