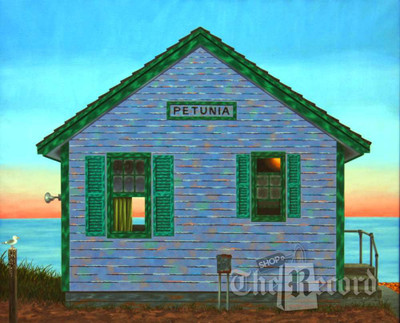 "This is one of 15 identical little bungalows lined up right next to one another in South Truro, Massachusetts, located along Route 6A right on the water's edge," artist Mark Oberndorf says. "These buildings are some of the most charming and quaint structures that I have ever seen. I did a painting of all of them lined up in a row some years back, and that was the very first painting that I ever sold as a young, struggling artist. This location will always have a very special place in my heart."