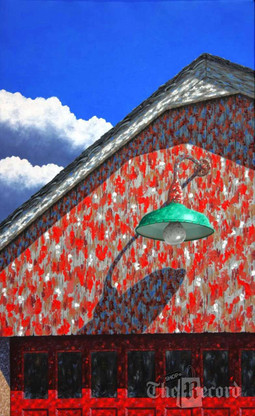 "This is a close-up view of an old detached garage located in Saddle Brook, New Jersey, which was discovered while riding my bicycle in Saddle River Park," artist Mark Oberndorf says. "I loved the look and feel of the decrepit siding and classic old light fixture, which has recently been taken down and disposed of. Tghis painting gave me the opportunity to use broken brushwork to render the texture of the weathered wood and aging metal and glass."