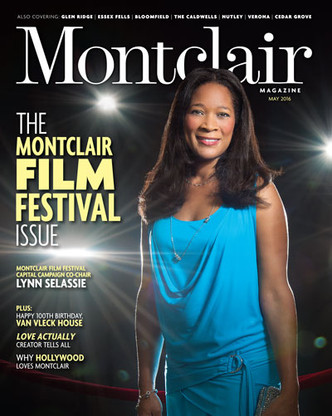 LOCATION, LOCATION, LOCATION: Years before Montclair became a destination for film viewers, it was a favored setting for film-makers attracted to its Small Town, USA look and varied housing stock.

AT 100, MORE BEAUTIFUL THAN EVER: The house at 21 Van Vleck St. turns 100 this year, and you’re invited to celebrate at the House & Gardens’ special birthday events.

HOME IS WHERE THE ART IS: Alyce Gottesman creates colorful, often complex paintings in her third floor studio. Downstairs, her equally colorful home showcases her work.

LAUGHS ACTUALLY: British writer/director/producer Richard Curtis brings his warmth and wit to the Montclair Film Festival, which will, in conjunction with BAFTA New York,
give him its first Filmmaker Tribute.