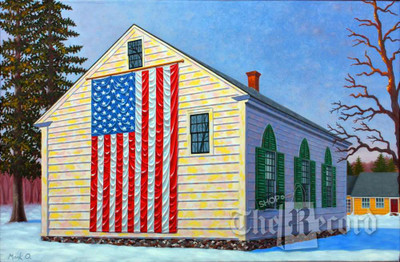 This is an original oil-on-linen painting by Bergen County artist Mark Oberndorf. "This is a meeting house in Maine that I found while vacationing there one winter with my family," artist Mark Oberndorf says. "We like to drive up the coast, making detours inland along the way to explore the areas and find quaint little places like this for possible subject matter. I was immediately drawn to this historic building as soon as I laid eyes upon it."