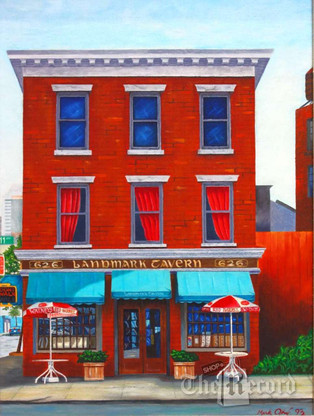 "This tavern was opened in 1868 by Patrick Henry Carley," artist Mark Oberndorf says. "It is one of the oldest continually operating establishments in New York City today."