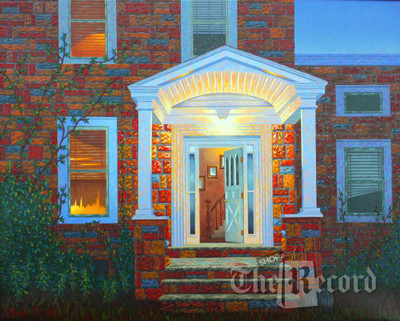 "This is a doorway to an old stone house locating in Fair Lawn, New Jersey, that I found while riding my bicycle in Saddle River Park," artist Mark Oberndorf says. "I like the interplay between the warm artificial light and the cool reflected light of the evening sky upon the wooden archway. I think that the open door also adds a welcoming feel to this scene. It is as if you can walk right in and walk up the stairs."