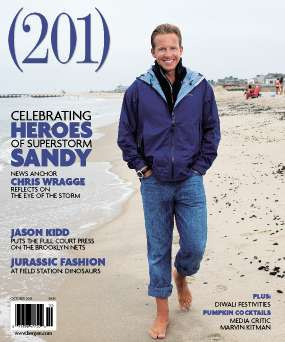 The October 2013 issue of Bergen County's premier - and only - monthly magazine. October 2013 features include:

"Superstorm Sandy: One Year Later," featuring interviews with CBS newsman Chris Wragge, and the numerous organizations that helped in New Jersey's recovery from the devastating 2012 hurricane.

Leonia’s Marvin Kitman recalls his days as a media critic

With his former coach at his side, Jason Kidd takes the helm of the Brooklyn Nets

The classic and trendy style of Michele Maietta