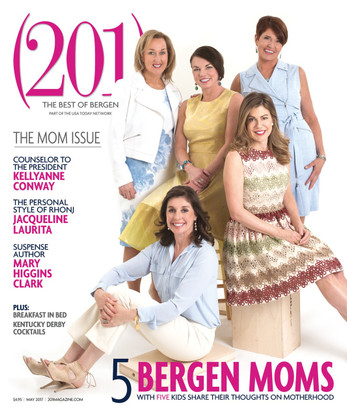 The May 2017 "Mom Issue" of Bergen County's premier - and only - monthly magazine.

Five Bergen moms with five children each muse on motherhood