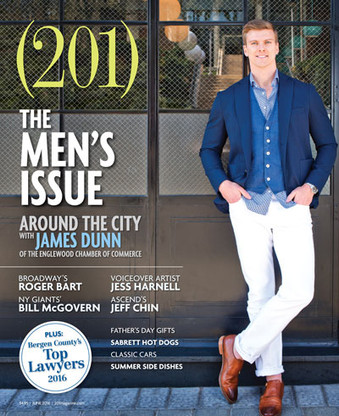 In and Around Cliffside Park

Sabrett: ‘New York’s No. 1 hot dog’ has some New Jersey flavor, too

Roger Bart is no stranger to Broadway

A tale of two auto enthusiasts

ON THE COVER: Englewood Chamber of Commerce’s James Dunn. Photographed by Chris Marksbury for (201) Magazine