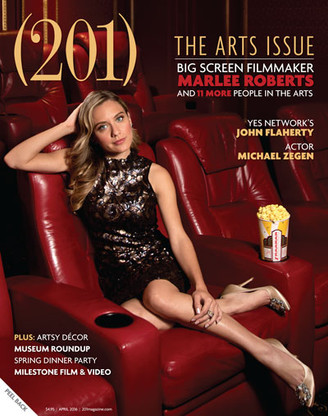 The April 2016 issue of Bergen County's premier - and only - monthly magazine.

Rutherford artist Victor Victori makes his mark in the art world, followed by his son

In and Around Saddle River Valley

ON THE COVER: Filmmaker Marlee Roberts, photographed by Anne-Marie Caruso for (201) Magazine