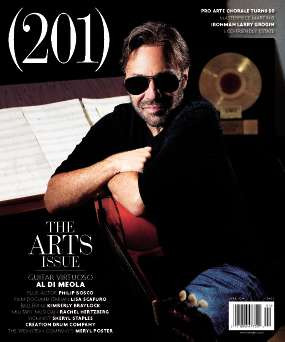 The April 2014 issue of Bergen County's premier - and only - monthly magazine.

Features in this "People in the Arts" issue include:

The Classic and Trendy Style of Cresskill’s Nanci Kushner

“Artinis!”: Master the martini with these classic and colorful concoctions