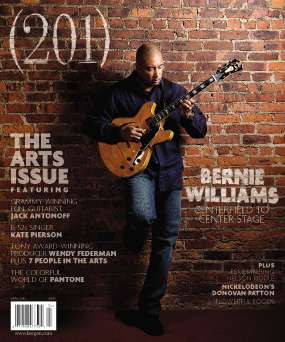 The April 2013 issue of Bergen County's premier - and only - monthly magazine.

Broadway producer Wendy Federman is just one of our People to Watch in the Arts.

The colorful world of Pantone

Cliffside Park’s Donovan Patton has a clue about acting

The modern and sophisticated style of Fred Luberto

Dining out: Dino’s, in Harrington Park

ON THE COVER: Yankee great Bernie Williams traded his bat for a guitar. Photographed by Anne-Marie Caruso at bergenPAC, February 2013.