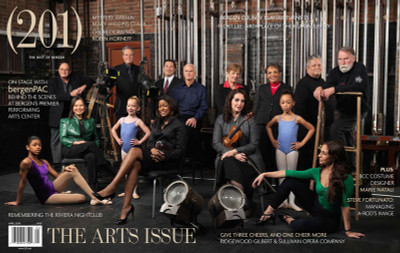 The April 2008 issue of Bergen County's premier - and only - monthly magazine.

Features in this "Arts" issue include:

Bravo, BergenPAC: The thriving performing arts center has a rich history and a big role in the community

ON THE COVER: Trustees, staff, teachers, volunteers and students of bergenPAC pose on stage at the Englewood theater.